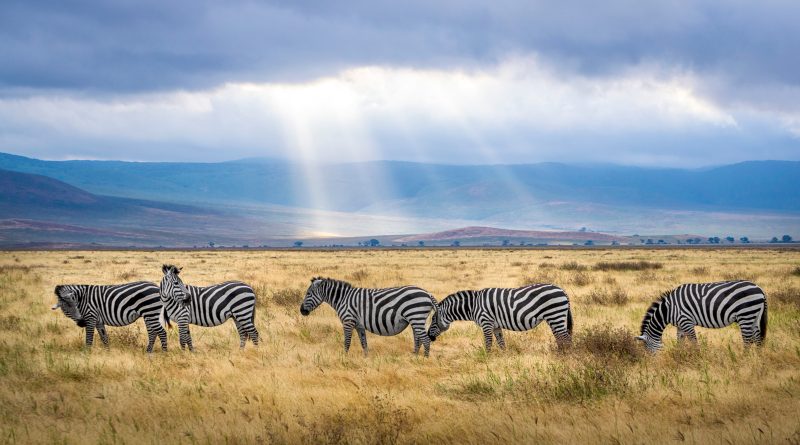 More than 80% of Tanzanian farmers rely on rainfed farming to support their livelihoods, and are increasingly negatively affected by climate change. The Chololo Ecovillage was a three-year project funded as part of The Global Climate Change Alliance (GCCA), in an initiative aiming to test a holistic, integrated, village-scale approach to climate adaptation in vulnerable communities (European Commission 2015).

The project exemplified a village territory approach based on a large number of principles of agroecology, such as soil health land and natural resource governance; biodiversity; recycling; input reduction; animal health; economic diversification; participation and fairness; which guide the transition towards sustainable food and farming systems (HLPE 2019, Wezel et al. 2020). The application of these different principles and more specifically some agroecological practices are illustrated in the following example.

Farmers traditionally practiced shifting cultivation moving from a field to clear forested land once the soil fertility of a plot was depleted. In recent years, no more uncleared land was available, so farmers continued to plant the same crop on the same plot of land, leading to low agricultural productivity.

Farmers found that these practices, combined with the use of improved seed varieties, increased their crop yields between about 20-400 % depending on year and species for key crops such as maize, sorghum, pearl millet, sunflowers and groundnuts.

One of the principles of agroecology aims to improve resource efficiency by replacing purchased inputs with locally renewable resources and recycling these resources within farming and food systems. Farmers applied practices that more efficiently used and replenished local resources.

Where farmers had previously planted only one crop year after year in a field, they began to intercrop in planting millet or sorghum with leguminous crops like cowpea or groundnut, and to diversify their crop rotations.

These practices reduced the need for synthetic fertilizer, replacing nitrogen and decreasing the depletion of other soil nutrients that occurs when only one crop is continuously planted in a field. In addition, through integration of livestock and fish farming, farmers recycled manure and nutrient-rich water from fish ponds by applying them to their field crops. Vice versa, crop residues were increasingly used to feed livestock.

Improving animal health and welfare strengthens the resilience of farming systems. Many residents of Chololo raised livestock before the project’s introduction, yet farmers explained how livestock disease affected their livelihoods, shortening the lifespan and productivity of their animals.

Agroecological farming systems are characterized by high levels of species and genetic diversity. The project increased diversity on the field, farm, and landscape levels.

In addition to introducing new genetic potential to livestock populations, improved varieties of maize, sorghum, millet, cowpeas, and groundnuts were provided to farmers. These varieties were developed in Tanzania to be higher yielding, but also more drought resistant and early maturing- traits farmers found helped them to adapt to later, less reliable rainfall during the growing season.

Agroecological farming depends on ecosystem functioning and natural resources that can be enhanced through careful community planning and management. Before the project, village members reported that deforestation was affecting their community, with little available animal forage, fuel wood and timber.

In response to these issues, many community members learned nursery management and afforestation, and grew and planted over 36,000 seedlings of trees valued for their fruit and firewood production and contributions to soil health.

Most were planted on farmers’ land, although 3,000 trees were planted on a village forest reserve. Community-level vulnerability to drought was reduced with the creation of sub-surface and sand dams, rainwater harvesting equipment, and water storage tanks. A solar powered water pump has replaced an electric pump, halving the cost of water.

Farmer trained in innovative practices of beekeeping harvested three times more than with their traditional hives and were able to sell the surplus. Building and stocking fish ponds provided another source of income, with producers selling fish to community members and fingerlings to other fish farmers. Crop and livestock diversification gave farmers more options for food and income generation.

For example, farmers who crossbred local goat breeds with improved varieties, were able to double the price of the offspring and sell them a year earlier than their local breeds. Project participants also learned to process leather and make sandals, adding value to a product they had once sold at a fraction (nearly 1/30th) of the price in the form of raw goatskin.

Agroecological approaches seek to remedy social inequities that often characterize food and farming systems, and this project focused on issues of gender inequity. The improvement of local chicken breeds increased productivity of an income source over which women had greater ownership. Women reported that they had earned more money from increased egg and chicken production.

Another initiative to alleviate unequal burdens linked to gendered household roles, was the introduction of fuel efficient stoves. The stoves reduced fuel usage by 57%, and the associated work, typically carried out by women, of collecting firewood.

Food insecurity was a problem for the subsistence-oriented farmers who participated in the project. Agroecological practices of farm- and field-level diversification provided farmers with greater access to a variety of nutrient-rich foods.

Fish farming and raising healthier and more productive livestock increased the amount of protein available to farming households, in the form of fish, eggs, milk, and meat. Diversifying a farmstead with fruit trees, and legume crops created the opportunity for a more nutritious diet than when a farm only produced millet or sorghum.

This approach was effective for improving and diversifying farmers’ incomes and diets. Participation and fairer distribution of income also empowered women and community members to act together for improved land and natural resource management.